Stock up on these homemade keto cinnamon rolls fathead style. They have coconut butter icing, which is really dreamy and are not only ketogenic and gluten free, but freezer friendly, so you can make them ahead for weeks or more and use coconut butter, so are even the bomb for vegan friends.

Our inspiration for these AMAZING keto cinnamon rolls was from many sources. But besides being a low carb treat, we adapted it to have REAL cinnamon, so you could have even more health benefits from something already great for your taste and waist.

As many of you know, we are HUGE fans of coconut flour. But using coconut flour is a little tricky and isn’t the best for more delicate recipes, especially pasta and fine pastries.  Instead we have used fathead dough from cheese and macadamia nuts.

Of course, the flavor from the macadamias makes the dough taste amazing, but what will put you REALLY over the top is the coconut butter that you’ll be adding on at the end. Of course, the erythritol and the natural sweetness of the cinnamon helps a lot, but it’s really the cheese base that makes these what they are.

It’s important to mix the dough very well. Just use a food processor to accomplish this. Chilling the dough can also help if it seems a bit too sticky to work with even after mixing well.

Since we are dealing with whole macadamia nuts, run them through a food processor first, to make fine crumbs. Use the food processor to form the fathead dough, too. Try to pulse, and don’t overdo it, or you’ll end up with nut butter!

Most of the sweetness will come from your filling. Pulse in some erythritol and baking powder, then eggs and vanilla. 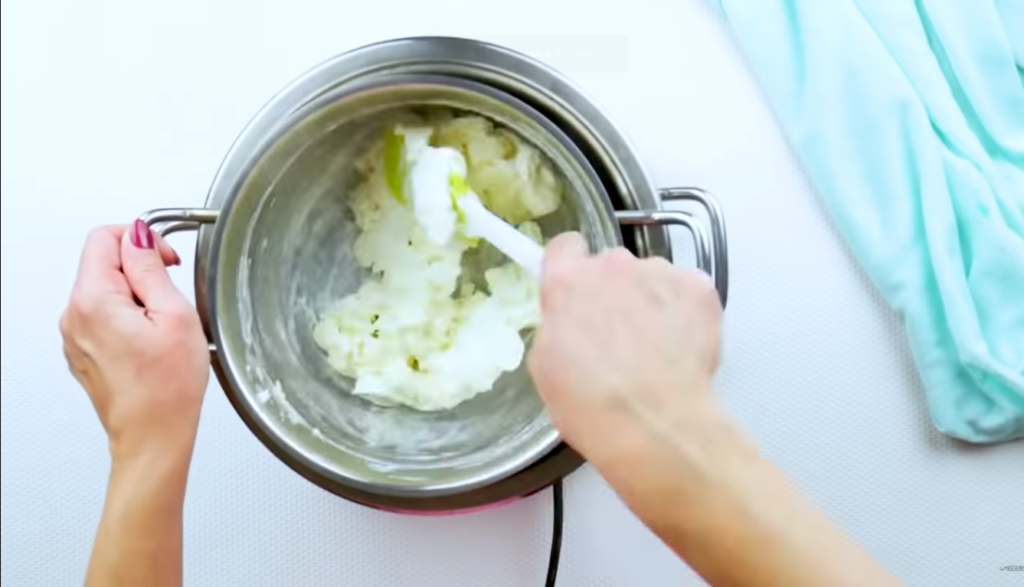 Make your cheese base for keto cinnamon rolls

Heat the mozzarella and cream cheese until you can stir them together. A double boiler on the stove works fine, but you can also use a microwave.

Add this to the food processor, pushing it down, and process to form the dough. Sometimes you have to stop and push the cheese toward the blade to mix it properly.

Refrigerate the dough before moving on, because it will be too sticky to work with right away. Usually, 30 minutes to an hour is enough time to make it manageable.   Some stickiness is actually pretty normal.

Roll the dough into a rectangle between two pieces of parchment paper. Using a little coconut oil to coat the dough can help make it less sticky.

Of course you don’t want to forget adding the filling to your keto cinnamon rolls! Brush the rectangle with more coconut oil, then sprinkle with a mixture of erythritol and cinnamon. 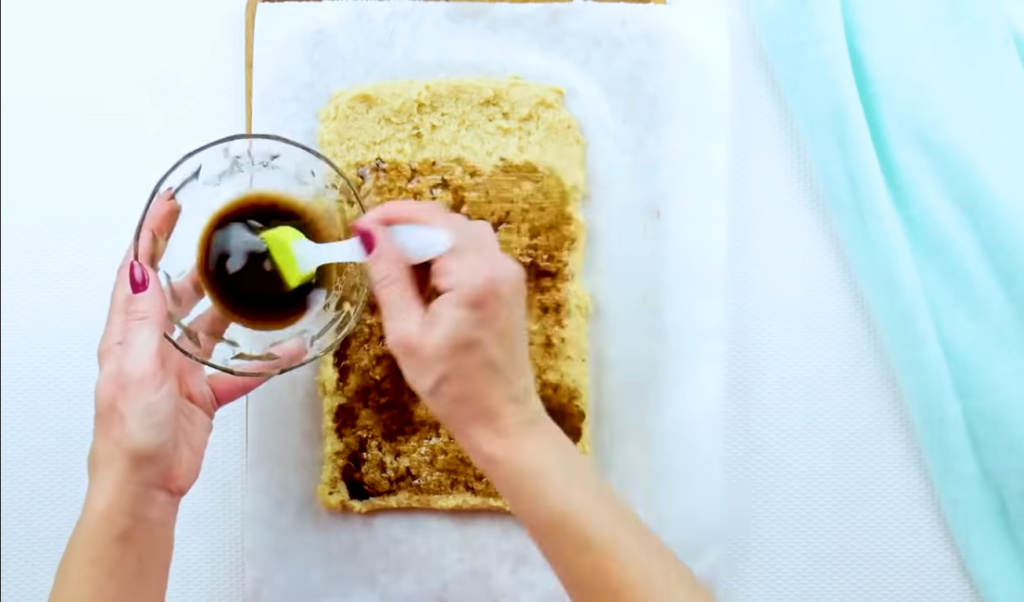 Now comes the challenging hardest  part. Roll the rectangle into a log. This can be a little difficult.  Cover your hands with more coconut oil as you roll, carefully peeling the dough away from the parchment as you go along. If you get any cracks, just seal them back together.

Slice the log into slices and place the slices onto a lined baking pan, so that they are almost touching, about a centimeter apart.

Remember that fathead cinnamon rolls will expand and rise during baking. Putting them too close together won’t give them room to expand, but too far apart and they will spread instead of rising. Either way, you can work with the finished product and it will be guaranteed DELICIOUS!

Bake your keto cinnamon rolls for about 25 minutes, until they are nice and golden. It’s important to let them cool down a bit before adding icing. This is because they need to firm up at the end, to keep the icing on top (but make sure they are still warm when you do the icing). 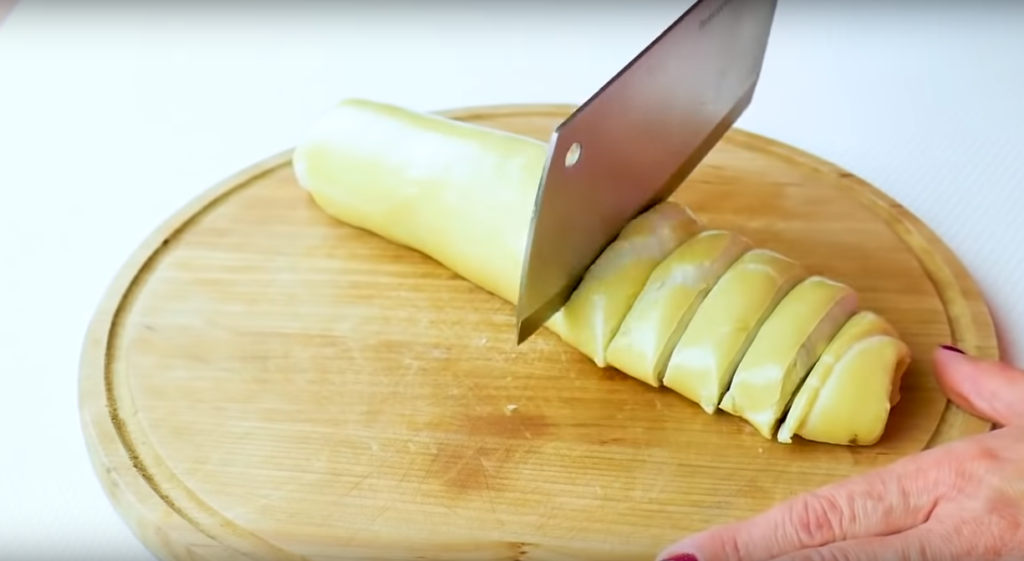 Slice your rolls before spreading them on the parchment

With everyone loving these keto cinnamon rolls, you can share them as a low carb dessert or a keto breakfast, no matter WHO your company. 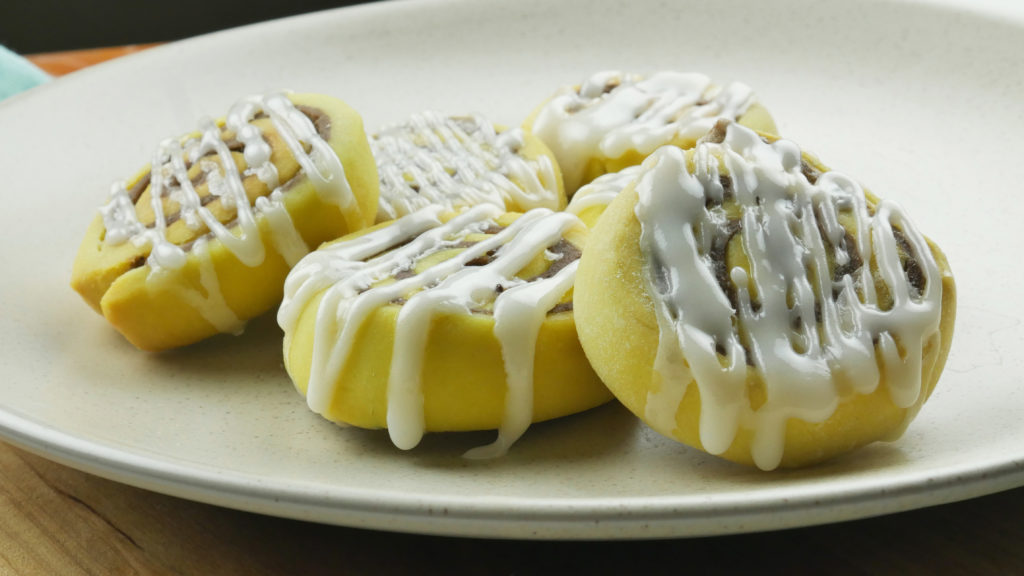 If you enjoyed this recipe, take advantage of all the other ketogenic friendly thermogenic selections you can be having to be in the best shape ever.

So besides some great coconut oil, use real cinnamon, which is low in coumarin, but provides a wonderful light sweet taste.  Good for everything from teas and desserts to applesauce to even your own natural supplement for blood sugar regulation, weight loss, and autoimmune benefits.

Tis the season for cinnamon goodness and now’s a great time to get real cinnamon to keep making keto magic. So ditch the fake toxic stuff and enjoy the healthy freedom sailors enjoyed after they navigated thousands of miles of treacherous seas for this amazing treasure. 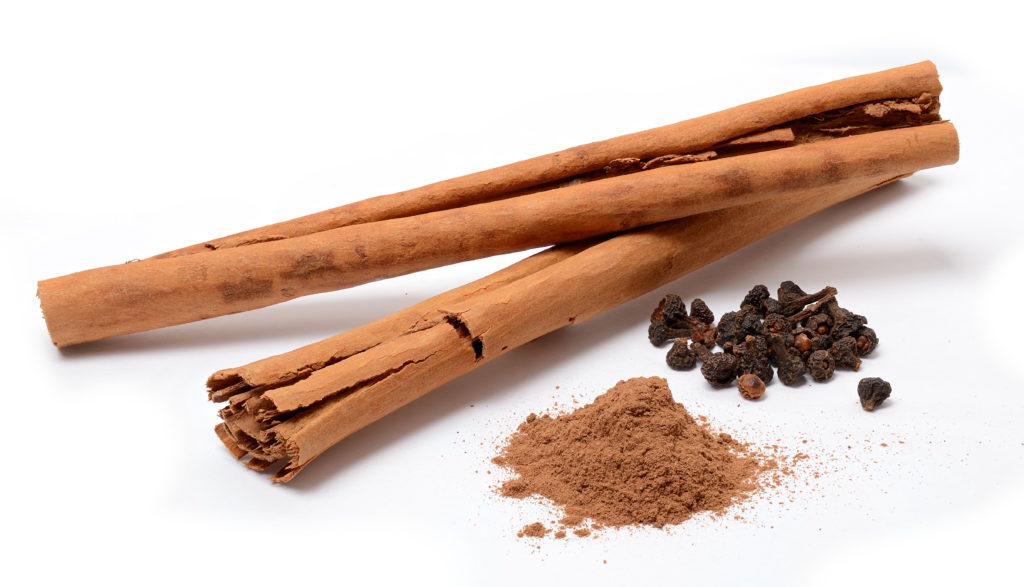 We use this in coffee, we mix it with honey, and we even add it to the dog’s food. Why? Because cinnamon is antibacterial, antifungal, antiviral, and antiparasitic, as well as a strong antioxidant. Additionally, some studies have shown that cinnamon has had a positive impact when treating certain tumors and certain cancers, but since “This statement has not been evaluated by the FDA and this product is not intended to diagnose, treat, cure, or prevent any disease,” best check w/ your doctor about the benefits of cinnamon.

I bought this cinnamon for 3 reasons. One for hair growth, 2 for vitamins and inflammatory issues, and 3 for wound care. I’ve use it for all 3 so far. Mind you this is not your grocery store variety. That one has cassia which could be harmful to your liver. I must say I haven’t felt that achy back when I rise from the couch in the last two days. I sensed a tingling in my scalp when used as a hair mask so obviously something good was going on there. And lastly the moment I saw a breakout forming on my lip I used the same mixture as for hair mask. Immediately felt tingling and in less than a day it was already scabbing.

This is my second purchase of Ceylon Cinnamon from Coconut Country Living. Always a quality product at an affordable price. I’ve tried others in the past. None have even come close to the quality of this “TRUE” Cinnamon. For that reason, l’ll continue to purchase this product from a top notched company.

I bought this Ceylon cinnamon in bulk since I am trying to get more control over my blood sugar spikes without prescribed medication.This cinnamon is of high quality and has been effective for me when taken before food.It is more affordable to buy in bulk than to buy prepackaged capsules.I have also bought my own size “00” gelatin capsules to make my own.

Wonderful cinnamon. Previously I ordered organic Ceylon cinnamon from another company, and that was very nice, but to my taste, the Coconut Country Living brand is more flavorful. I immediately ordered a second bag as a gift for my mother. Their customer service is pleasant and responsive. eBook is informative.

This cinnamon tastes great. I was worried the taste would be weird compared to the kind I’m used to, but I actually like this better. It tastes mostly the same as cassia to me, except more subtle and fragrant. Has a slight exotic flavor that reminds me of garam masala. Hopefully I will see a reduction in my cholesterol next time I get blood work done.

CCL would love to have YOU not only experience the amazing rich flavor of our Amazon’s Choice Ceylon cinnamon powder, but also give you the amazing secrets of Ceylon cinnamon in our e-book Ceylon Cinnamon and Its Life Changing Benefits free (sent to you as a follow up to your order). 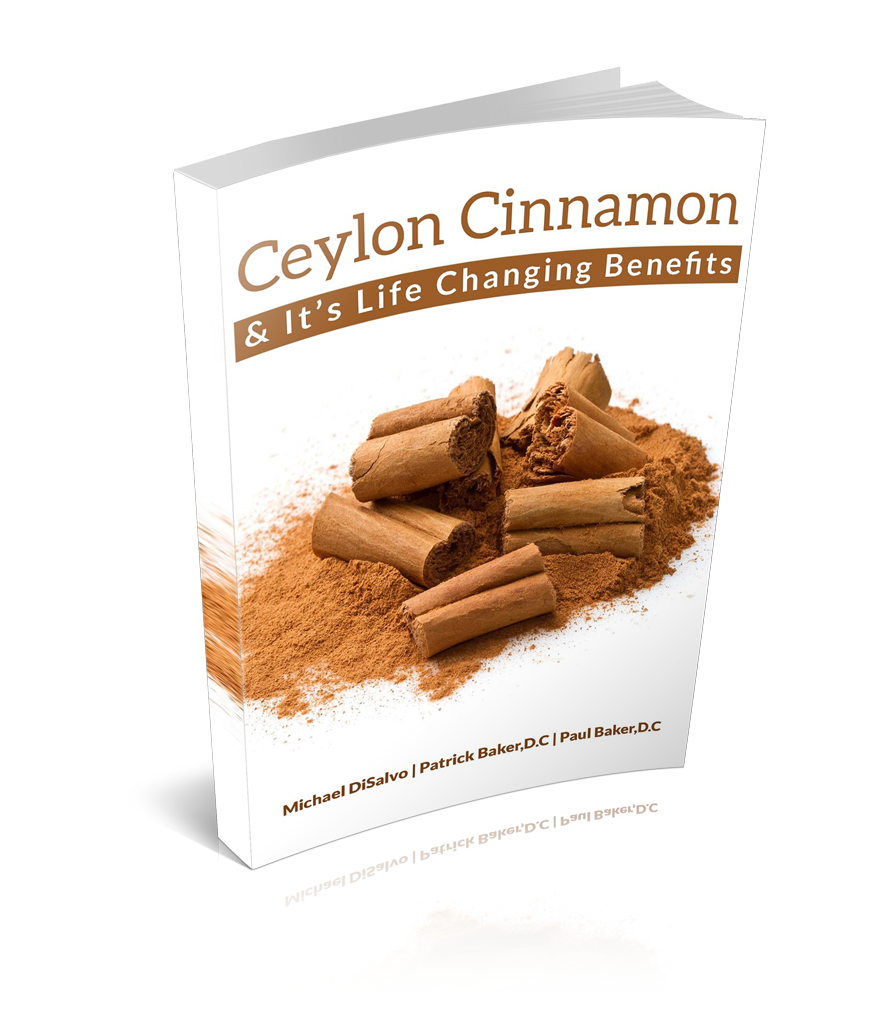 Get the Free Ebook with your purchase TODAY

And if you love our cinnamon, please pass the gift around.  We don’t consider it to be like a Tylenol or a heart transplant, where something can go terribly wrong.  This natural sweetener is useful in so many ways and keeps on giving, so you just may want to think ahead for the Christmas season if it is something you have joy in sharing.

Pick up yours today while it lasts, and we will see you in Coconut Country! 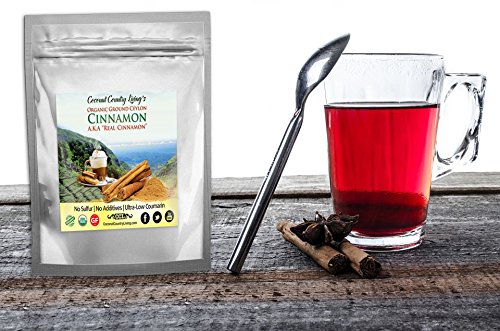 Whole Food Freezer Meals That You Can Make For the Holidays